Johnson & Associates has acted as Planner and Civil Engineer of Record on behalf of the City of Oklahoma City MAPS Office, the Oklahoma City Urban Renewal Authority, and several private developers around the Bricktown Canal and Lower Bricktown Development (a 300 acre entertainment district). The initial project scope included design of the ½ mile long north canal waterway with corresponding meandering pedestrian paths that run through the Bricktown area of Oklahoma City. Johnson & Associates also planned and designed approximately ¼ mile of improvements within and along the lower canal, including meandering pedestrian paths, pedestrian & vehicular bridges, a fountain plaza, and landscaping throughout the Lower Bricktown Entertainment Area & at the Centennial Plaza. Planning for subsequent development has included public, private, and public/private developments that have created a true mixed-use development centered on the unique attraction of the canal. Use types, including entertainment, large free-standing retail, small collocated retail, office, hotel, residential, and public use, have been integrated to function together seamlessly. Johnson & Associates continues to provide planning, survey, civil engineering, design services, and construction supervision & administration for the development. The project began in 1998 and remains on-going.
During the north canal design discussions in 1997, Johnson & Associates was tasked with conducting a study to identify pedestrian accessibility and travel times for individuals with no disabilities as well as individuals with disabilities. In order to adequately evaluate the location and efficiency of proposed vertical and horizontal travel facilities, distances were computed between key locations along the upper and lower canal levels. Johnson & Associates’ findings weighed heavily on the decisions of where to locate elevators, bridges, and walkways along the Bricktown Canal.
The Bricktown Canal was designed and constructed in accordance with a fixed budget, however, our study did indicate additional solutions to improve the overall accessibility and pedestrian travel ways. Much of what we learned in this study related directly to the northern portion of the Bricktown Canal, and was later implemented in other phases throughout the entirety of the MAPS Canal project. 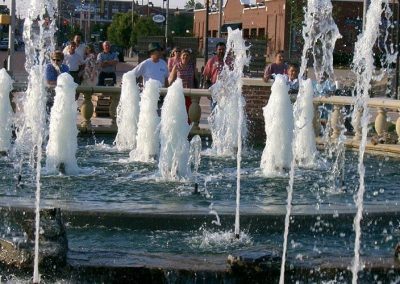 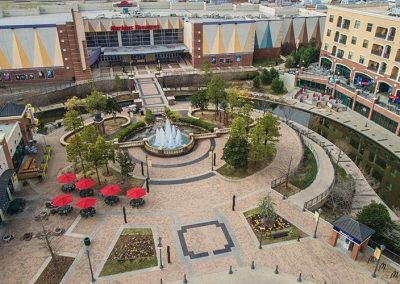 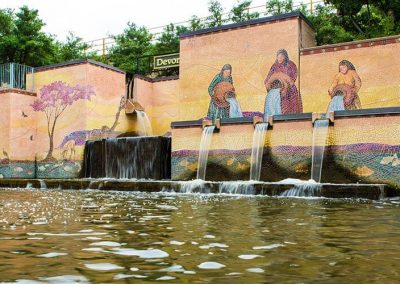 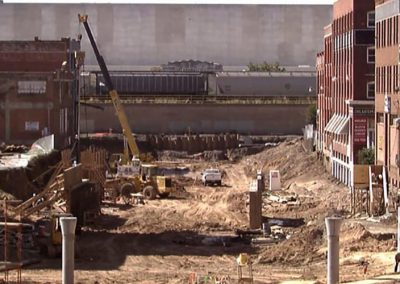 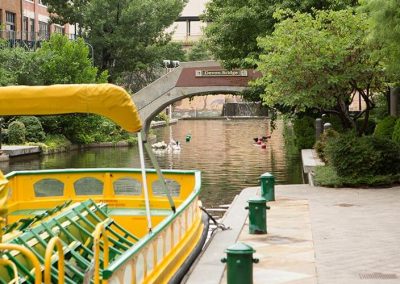 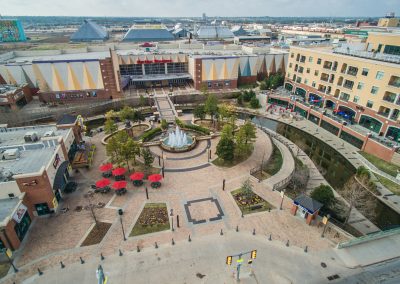 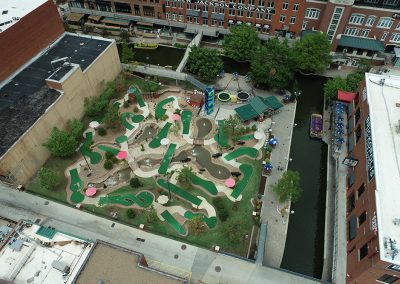 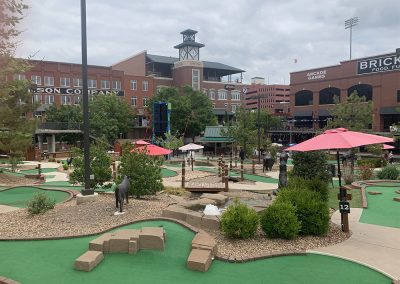 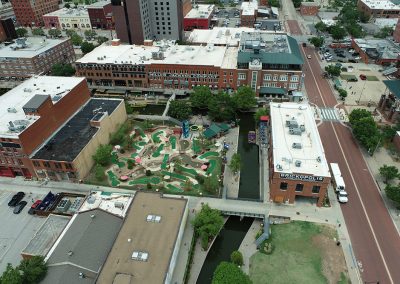