In 2014, Chesapeake Energy brought in Johnson & Associates to perform a safety study on their main campus in northwest Oklahoma City. In order to accurately report on the on-site conditions at the Chesapeake Energy campus, Johnson & Associates staff spent several hours across varying days of the week observing & walking the campus looking for safety issues, and visited the site multiple times over many months in order to identify issues that may be seasonal.
The campus accommodates large amounts of traffic throughout the day, with vehicular traffic primarily accessing the parking garages east of Classen Boulevard and pedestrian traffic then flowing to and from theses garages in route to offices located east and west of Classen Boulevard. To fully understand the movement and interaction of both pedestrian and vehicular traffic throughout the campus, Johnson & Associates staff spent several days observing the AM arrival hours, lunch hours, and PM departure hours.
Additionally, Johnson & Associates conducted traffic and pedestrian counts at two key locations. These locations are the two crosswalks connecting the campus to parking garages one and two, located across Classen Boulevard. The intersections of these two crosswalks with Classen Boulevard were analyzed to determine how well they operate, and this analysis showed that both intersections operate at a Level-of-Service (LOS) “B” or better during the PM peak hour, which is well within acceptable standards.
In addition to identifying Level of Service standards, the Johnson & Associates team explored the campus to identify potential ADA accessibility issues. During this time on the campus, staff found minor issues with conditions, which were quickly addressed with proposed solutions. While the Chesapeake campus had the significant advantage of being recently constructed, Johnson & Associates was still able to help address some accessibility concerns, as well as review and remedy the identified areas of concern. 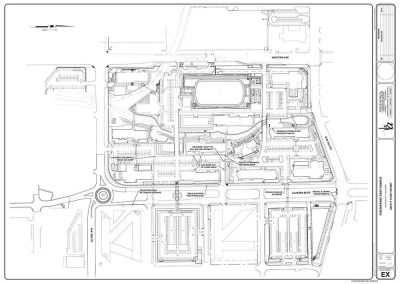 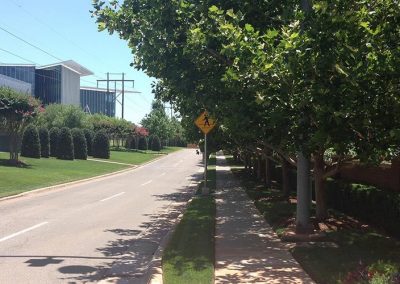 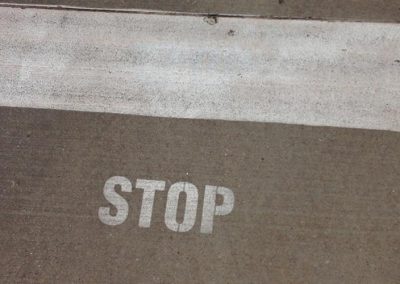 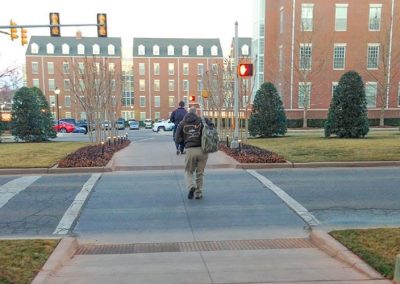 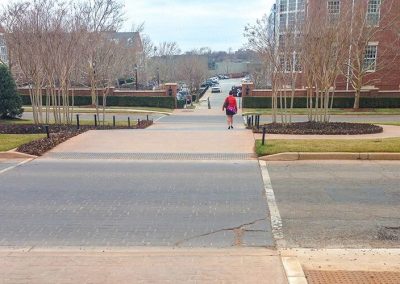