The Dwellings at SOSA

The Dwellings at Sosa is a development of 14 luxury modern townhomes located on NW 6thand Francis in the heart of Midtown, with rooftop patios offering stunning views of the downtown Oklahoma City skyline. As the civil engineer for developer Northline Development, Johnson & Associates provided the boundary topo for the project. The concept was initially met with opposition from some of the surrounding neighbors due to the density of the area, but ultimately the planning commission, city counciland Downtown Design Review Committeeagreed that the development was appropriate for the area. The site presented unique challenges, including 15 feet of fall from north to south that resulted in the garages being at different levels from the first phase to the second. The completed project resulted in an attractive addition to the Midtown area that is sleek and urban in design and nature. 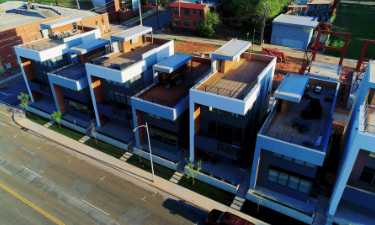 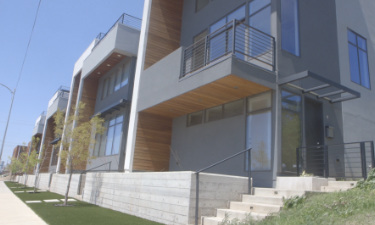 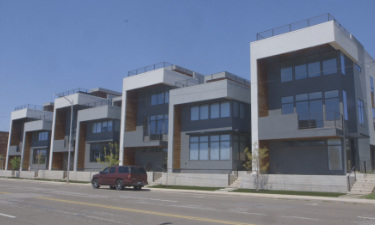